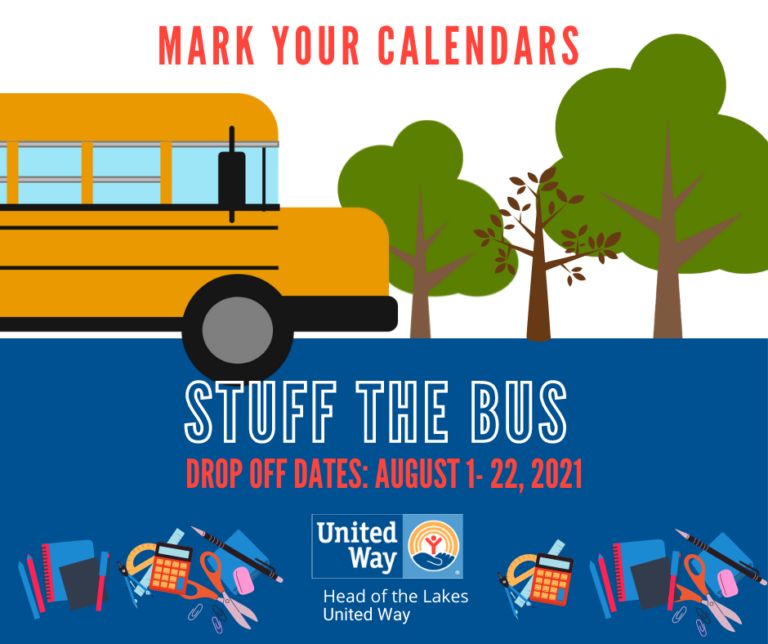 Mark your calendars the Stuff the Bus event begins August 1, 2021! Help us stuff the bus by donating NEW school supplies for the upcoming school year! All supplies collected will be delivered directly to the Superior and North Shore School Districts and distributed to students by school staff! 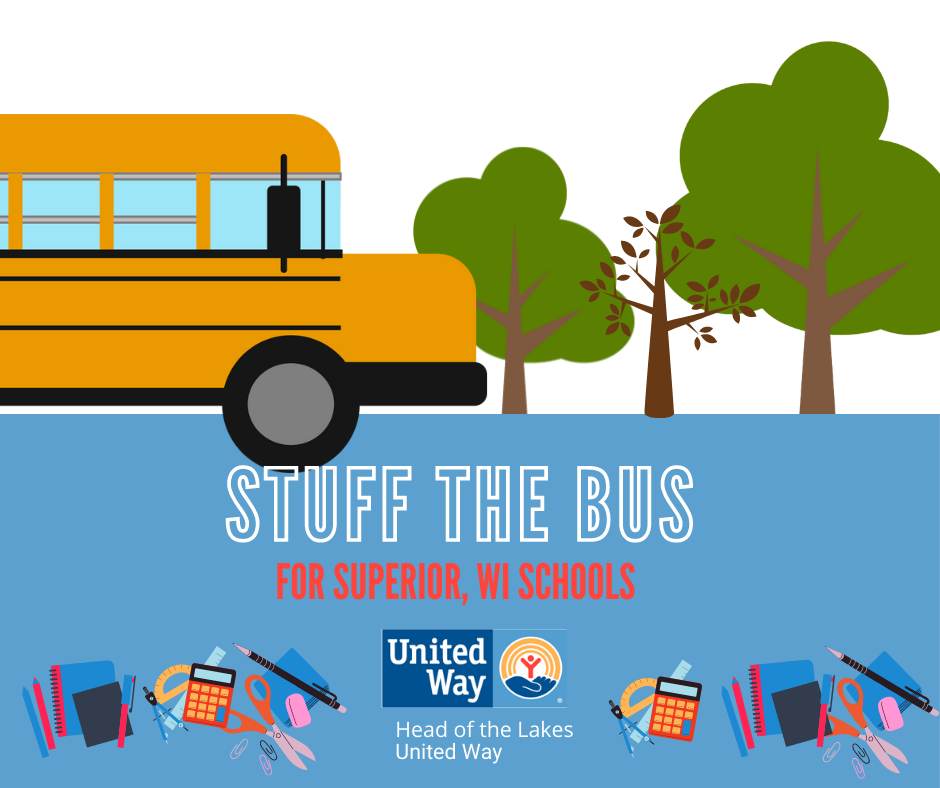 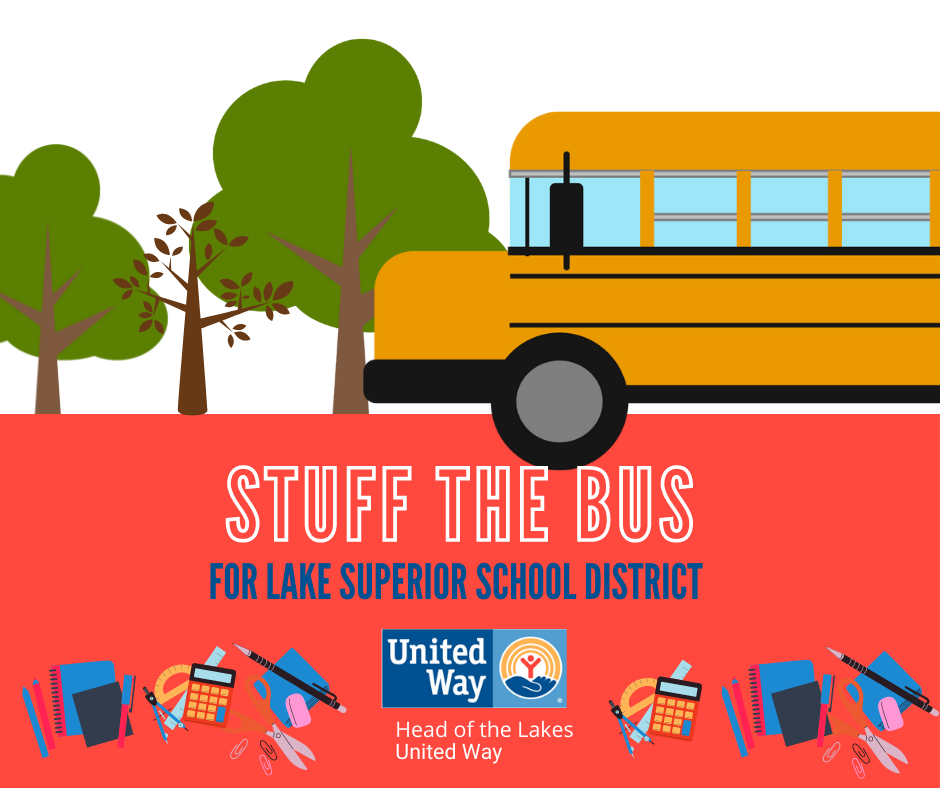 Stuff the Bus is a school readiness program that provides backpacks and school supplies to help prepare students for school. From August 1-24, Head of the Lakes United Way asked individuals, employee groups, and service organizations to fight for kids in the Superior and Lake Superior School Districts by donating supplies. These supplies were delivered directly to the districts and distributed locally.

Some of the most requested supplies included: Earbuds, wide-ruled notebooks, markers, scissors, and pocket folders.

Thanks to the following businesses for participating: